The Geneva Conventions 1949 and Additional Protocols 1977

There are a number of clauses in the Geneva Conventions (1949), and their Additional Protocols (1977) relating to cultural property protection. 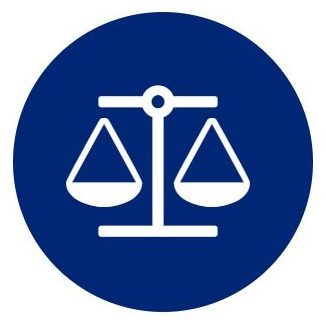 Grave breaches … shall be those involving any of the following acts, if committed against persons or property protected by the present Convention: … extensive destruction and appropriation of property, not justified by military necessity and carried out unlawfully and wantonly.

The ICRC Commentary on Article 147 of the Convention adds, “To constitute a grave breach, such destruction and appropriation must be extensive: an isolated incident would not be enough.”

Several men, including a priest, inspect the damage as they stand amid rubble and debris in the damaged church at Termonde.

Protocol Additional to the Geneva Conventions of 12 August 1949, and relating to the Protection of Victims of International Armed Conflicts, 8 June 1977 is often referred to simply as Additional Protocol 1.

2. Attacks shall be limited strictly to military objectives. In so far as objects are concerned, military objectives are limited to those objects which by their nature, location, purpose or use make an effective contribution to military action and whose total or partial destruction, capture or neutralization, in the circumstances ruling at the time, offers a definite military advantage.

3. In case of doubt whether an object which is normally dedicated to civilian purposes, such as a place of worship, a house or other dwelling or a school, is being used to make an effective contribution to military action, it shall be presumed not to be so used.

Article 53 – Protection of cultural objects and of places of worship:

Without prejudice to the provisions of the Hague Convention for the Protection of Cultural Property in the Event of Armed Conflict of 14 May 1954, and of other relevant international instruments, it is prohibited:
(a) to commit any acts of hostility directed against the historic monuments, works of art or places of worship which constitute the cultural or spiritual heritage of peoples;
(b) to use such objects in support of the military effort;
(c) to make such objects the object of reprisals.

In addition, article 52 does not fully define a military objective. This definition can today be found in the laws of armed conflict, and is part of customary law (and is repeated in Article 6 of the 1999 Second Protocol).

Protocol Additional to the Geneva Conventions of 12 August 1949, and relating to the Protection of Victims of Non-International Armed Conflicts, 8 June 1977, often called Additional Protocol II, also has a clause related directly to the protection of cultural objects and of places of worship (Article 16):

Article 16 – Protection of cultural objects and of places of worship:

Without prejudice to the provisions of the Hague Convention for the Protection of Cultural Property in the Event of Armed Conflict of 14 May 1954, it is prohibited to commit any acts of hostility directed against historic monuments, works of art or places of worship which constitute the cultural or spiritual heritage of peoples, and to use them in support of the military effort.

RELATED LINKS & FURTHER READINGS
We use cookies on our website to give you the most relevant experience by remembering your preferences and repeat visits. By clicking “Accept All”, you consent to the use of ALL the cookies. However, you may visit "Cookie Settings" to provide a controlled consent.
Cookie SettingsAccept All
Manage consent