During his time there Peter met with representatives from the wider heritage sector, including professional associations and NGOs in the field of heritage, the recently established Inter-Ministerial Working Group on Cultural Property Protection, Ministers and Ministerial representatives of Foreign Affairs, and the Interior, and the Head of the Chancellery of the Prime Minister.  As part of the visit, Professor Stone met with Minister of Culture, Mr Lucian Romașcanu, during which the principles of cooperation were established.

Professor Stone discussed with all individuals and groups the responsibilities, obligations, and opportunities provided by the 1954 Hague Convention for the Protection of Cultural Property in the Event of Armed Conflict and its two Protocols (1954/1999) and provided a summary of the work of the Blue Shield Movement. In particular, Professor Stone emphasised the need and importance of establishing an intervention strategy to protect and secure heritage in times of peace.

Professor Stone was interviewed by Radio Romania International. There was considerable interest in creating a Romanian national committee of the Blue Shield and there is much to follow-up over the next few weeks. 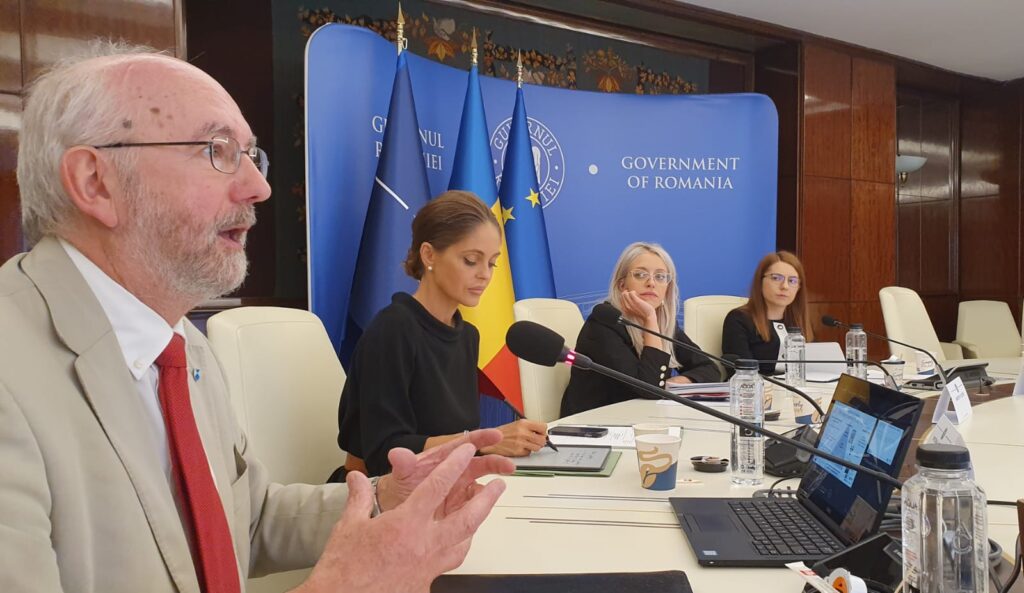 Looking for help? Find documents about safeguarding and emergency management resources in our document library

Or read about the 1954 Hague Convention in our Law Library