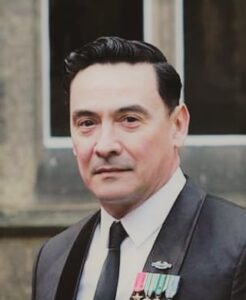 Michael is a visual arts researcher and classical archaeologist currently exploring the potential of classical narratives, reinterpreted in visual or multimedia terms, to address the social and individual costs of armed conflict and hegemonic expansionism. From 2016 and 2018, he curated a series of international exhibitions entitled Abstracted Mythologies which examined the visual transposition of political and cultural narratives from a variety of regional perspectives. His current archaeological research centres on the transmission of religious cult in the Saronic Gulf from the Early Iron Age to the end of the Peloponnesian War.

Prior to pursuing his PhD at University College London, co-supervised by the Department of Greek and Latin and the Slade School of Fine Art, Lt Col Delacruz served for several years as a US Army and US Marine Corps officer, assigned to special operations, civil affairs, and defense intelligence units throughout Europe and the Middle East. He subsequently held civilian appointments as a policy advisor with the Office of the Secretary of Defense in Washington D.C. and as the Head of Security Cooperation for the OSCE (Organization for Security and Cooperation in Europe) Mission in Bosnia and Herzegovina. He has most recently served on active duty as the Assistant Chief of Staff, G5 (Plans) for the Tactical Expeditionary Headquarters, 1st Special Forces Command (Airborne). As a reserve officer he is currently developing capabilities in Cultural Heritage Preservation within the U.S. Army, leading the new generation of Army Monuments Officers into the 21st century. In this role he represents the US Army on the interagency Cultural Heritage Coordinating Committee and maintains close partnerships with heritage organisations such as the Smithsonian Cultural Rescue Initiative and foreign military cultural property protection units.