This year two national committees of Blue Shield, Australia and Netherlands, joined the yearly initiative #MayDay, established by the Society of the American Archivist.

The initiative aimed at encouraging professionals in museums, libraries, galleries, archives and others in the wider field of heritage to do something, no matter how big, that can have an impact on the ability of individuals and organisations to respond to emergencies.

For the occasion, Blue Shield Netherlands invited colleagues in museums, archives, libraries and other professionals working in the field of cultural heritage in the country to join #MayDay and to do (at least) ONE thing for heritage protection on that day. Blue Shield Australia launched a new logo for the #MayDay in Australia and set up two competitions. While the first competition, #ourdisasterbin, was open to all Australian museums, galleries, archives, libraries, heritage places and historical society, the second competition was specifically addressed to regional and remote venue.

Congratulations to The Tasmanian Museum and Art Gallery on their victory, with Griffith University Library and Sutherland and Noosa Library Service earning Highly Commended!

The feedback received via Twitter and email were extremely positive and the Dutch committee is already committed to provide its support to this event next year. 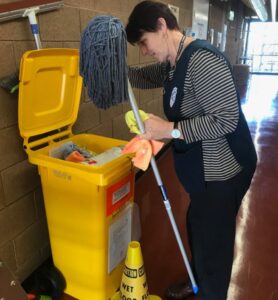 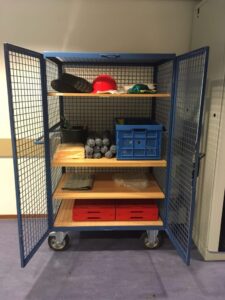 On the left: the winner of the #OurDisasterBin competition organised by Australia Blue Shield ©Tasmanian Museum and Gallery, 2019. On the right: ‘Checking our emergency supplies in the repository’ ©Angela Dellebeke, National Archives of the Netherlands, 2019.

Facebook
Twitter
LinkedIn
Pinterest
PrevPreviousBSI speaking at the UNESCO Conference on the 1999 Second Protocol
NextBS Georgia workshop reinterprets Tbilisi Chess Palace and Alpine ClubNext
We use cookies on our website to give you the most relevant experience by remembering your preferences and repeat visits. By clicking “Accept All”, you consent to the use of ALL the cookies. However, you may visit "Cookie Settings" to provide a controlled consent.
Cookie SettingsAccept All
Manage consent