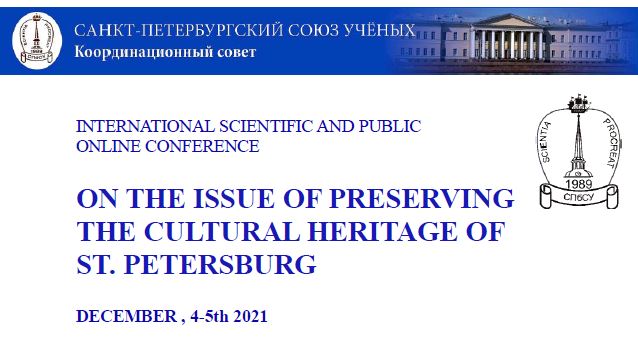 On the issue of preserving the cultural heritage of St. Petersburg held on December 4-5, 2021

The main organizing committee and publishing board were provided by the St. Petersburg Association of Scientists and Scholars and powered by the International Centre of the Roerichs. The event was held in the spirit of the Roerich Pact -Treaty on the Protection of Artistic and Scientific Institutions and Historic Monuments (Washington, 1935) and the 1972 UNESCO World Heritage Convention.

The members of the Board of the Austrian Blue Shield Karl Habsburg, Leylya Strobl (Roerich Pact Committee) und Caroline Jäger-Klein (ICOMOS Austria) and the former president of the Committee Ursula Stenzel were invited to take part in the International Scientific Online Conference on the issue of preserving the cultural heritage of St. Petersburg (Russia), held on December 4-5, 2021.

The conference featured presentations and reports on the situation in the city of St. Petersburg by Russian scientists and researchers from various cultural and heritage organisation, including the experts from ICOMOS Russia, Japan and the USA, as well as public figures. The preservation of historic cities and World Heritage Sites were the focus of the forum.

The issue of preservation of St. Petersburg cultural heritage became urgent since recent chaotic site developments which destroying the unique cultural objects. The most prominent among them are the Okhta Cape, where a unique complex of archeological sites, including Neolithic camps and those dated 5000-3000 years B.C., ancient Russian settlements and fortresses dated 17-18 century were discovered; the Park of the Main Astronomical observatory of the Russian Academy of Science (Pulkovo Observatory); the unique landscape of Baltic Glint. The conference came to a sad conclusion that on the current stage the city council of St.Petersburg is failing to fulfil the obligations on preserving all above mentioned monuments and sites that are subjects of the 1972 UNESCO World Heritage Convention.

The Austrian colleagues presented the case of the “Heumarkt development project” in the historic city center of Vienna, which led to inclusion of the latter in the UNESCO List of World Heritage in Danger. This provided a necessary international pressure on the city council of Vienna and blocked the further development of the site. The Vienna City Council and developers are currently preparing a new building plan in accordance with the requirements of the Convention. In the end, Blue Shield Austria and its former president Ursula Stenzel, who was at the same time Сity Сouncil representative and politician, played a central role in blocking the project and insisted that the burgermeister of Vienna negotiate with the UNESCO World Heritage Committee under the supervision of ICOMOS.

Unfortunately the case of Vienna is not a single one and it is necessary to mention that UNESCO has revoked the English city of Liverpool of its status as a UNESCO World Heritage Site- The justification for this decision was “the irreversible loss of attributes conveying the outstanding universal value of the site as a result of new developments”. 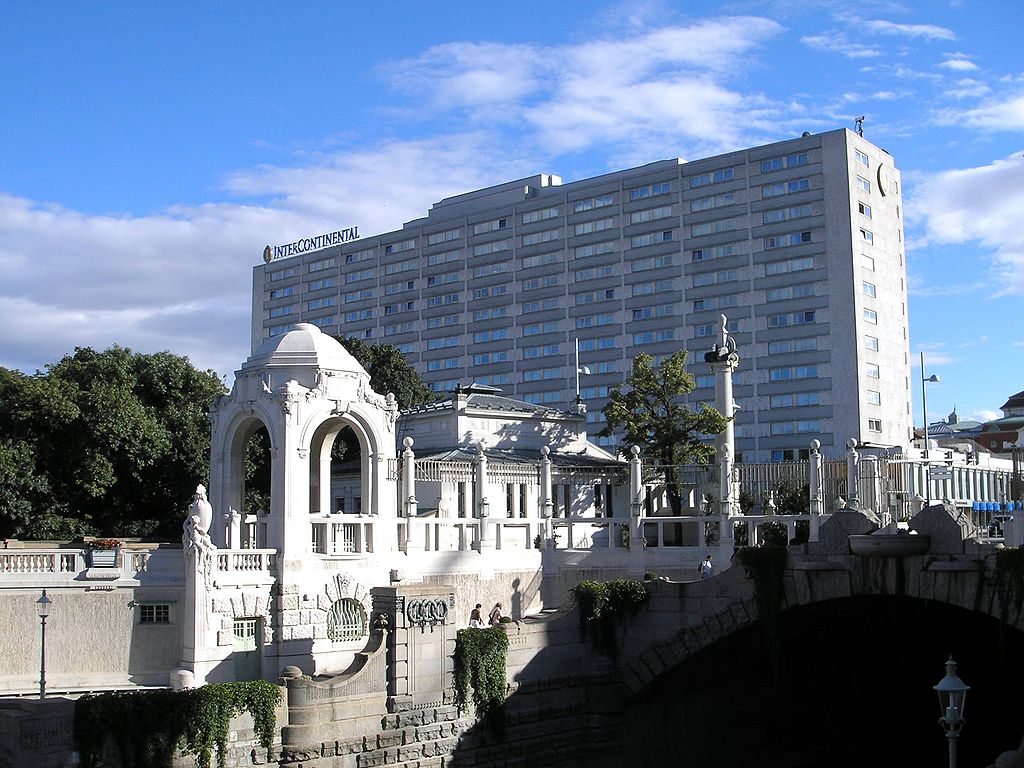 The year 2022 marks the 50th anniversary of the 1972 World Heritage Convention. With this important milestone and forthcoming global celebrations, the conference was a good opportunity to reflect upon the values and priorities and on how important cultural heritage and landscapes are in the life of modern societies.

Read more about the proposed development in Metropole news

Visit the website for Blue Shield Austria, or find them on social media

Find the contact details for all our national committees, or learn more about their work