On 28 August, the Blue Shield hosted its first online General Assembly. We were delighted to welcome more than 40 representatives from Blue Shield national committees, committees under construction and all of its founding four organisations to its first ever virtual General Assembly. More than 26 countries from around the world were able to attend the online meeting, hosted via Zoom.

In order to allow everyone to hear, Members were asked to put comments and discussion in the Zoom Chat window, which were read out as relevant.

The meeting began with a welcome from the outgoing President, Karl von Habsburg. He thanked all the Members of Blue Shield for their incredible work and progress during his tenure as President, noting the key highlights of the work of the organisation. He expressed his faith in Peter Stone to follow him as President, saying “I have seen so many positive and really great traits in Peter that I can really not think of anybody better to fulfil this function, and to bring Blue Shield to an absolute new level”. Karl promised Blue Shield would always be “close to his heart” and he insisted that even though his tenure had come to an end, he would be delighted to continue to help however he could.

To ensure anonymous voting, votes were handled via the Electronic Platform, Election Runner. For ease, voting was split into three blocks. Results of all blocks are available online.

The first order of business was to approve the Blue Shield 2020 General Assembly Agenda, which was unanimously agreed. This was followed by a vote on whether Terms of Office for the Board were to begin in 2014 or 2017, decided to be 2017.

Voting results (and more information) are available via Election Runner.

The Vice-President, Peter Stone, presented the Report of the Board 2017-2020 and Annual Report for 2020, and the 2020-2023 Strategic Plan, and the Secretary, Manana Tevzadze, presented the Financial Report 2017-2020. These were circulated to all Members in advance, and members were asked to submit questions – none were received.

All reports were approved by the General Assembly. Voting results are available via Election Runner.

All candidates for the Presidency and the Board had circulated a biography and candidate statement in advance, for all Members to be able to ask questions in advance, with answer circulated.

The candidate for President, Peter Stone, gave a brief presentation, followed by 5 minute presentations from the candidates for the Blue Shield International Board. The members were given the opportunity to ask the candidates additional questions, and then asked to vote on the new Board. 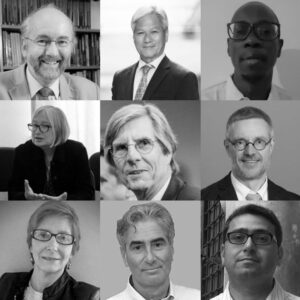 Professor Peter Stone, former Vice-President, was elected to the position of President.

From the National Committees,

The founding four organisation have nominated the following representatives:Want to know more about them – Meet the Board here!

The meeting concluded with a brief address from the new President, Peter Stone.

We look forward to seeing you all in person next year at our Extraordinary General Assembly, hopefully in Prague, where we will be hosted by the Czech Republic National Committee of the Blue Shield.